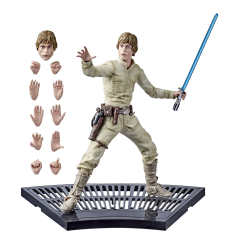 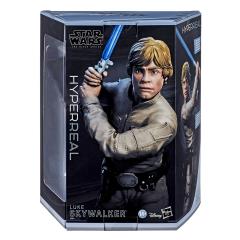 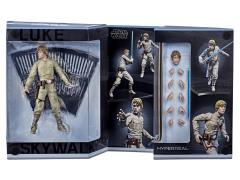 Enter the world of Star Wars and launch into action and adventure! Discover a galaxy of starships and vehicles, get immersed in exciting stories of good versus evil against a backdrop of a galaxy populated by heroes, villains, droids, and space creatures. With the Star Wars: The Empire Strikes Back-inspired The Black Series Hyperreal Luke Skywalker figure, kids and fans can imagine coming face to face with Sith Lord Darth Vader in an epic Lightsaber duel!

After a crushing defeat on the ice planet Hoth, Luke Skywalker travels to Dagobah in search of Jedi Master Yoda. Learning that his friends are in Danger, Luke cuts his Jedi training short and travels to the Cloud City of Bespin, only to find he has been lured into a trap by the villainous Sith Lord Darth Vader!