As a child of the 80's, I greatly enjoyed Transformers, GI Joe, Masters of the Universe, and other beloved 80's properties. I drifted away from these toys as I progressed through school, but rediscovered my love of collecting when Beast Wars: Transformers released in 1996 while I was in college. I spent the next few years collecting, buying, and trading various vintage 80's toys on the fledgling internet in Usenet newsgroups. After graduating college in 1999, I had the summer off and decided to try selling toys full time before looking for a "real job".

I started the summer with a few boxes of vintage Transformers and got to work. The summer was quickly consumed by purchasing large collections of figures and reselling them individually on eBay. These were very fun and exciting times, packing and shipping orders by day and listing auctions by night. By the end of summer I had amassed a small storage unit worth of inventory and had shipped thousands of figures out to auction winners. I spent the next 3 months buying and selling on eBay and then decided I needed to expand and begin selling brand new items at retail. It was this decision in the fall of 1999 that led to the creation of BigBadToyStore with my brother Dan Boblit.

Dan created a basic ecommerce website for us in 1999 and we launched the site with a pallet of Beast Machines Transformers from Hasbro. 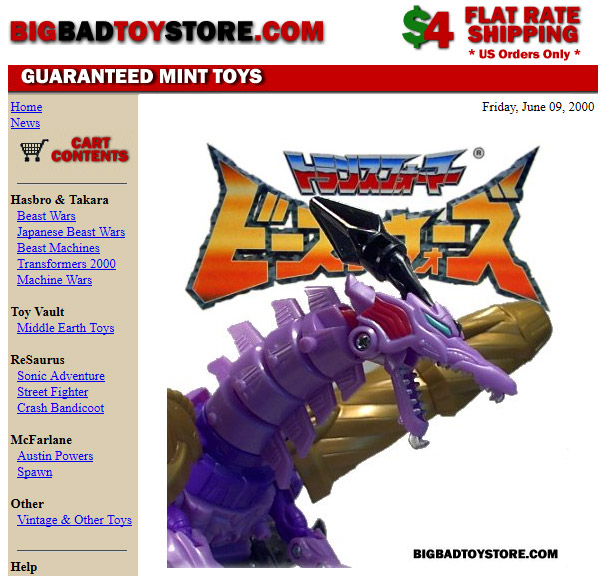 The first shipment of Beast Machines sold through almost immediately and I knew we were really onto something! In 2000 Dan launched an updated version of the site. From 2000 to 2005 we used the website to greatly expand our selection and infrastructure. During this time, our parents Lynn and Terry quit their jobs and came to work with us. We proceeded to fill up the garage, house, and eventually a renovated barn with inventory. 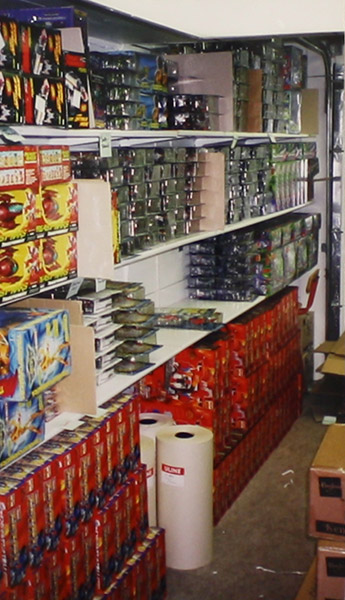 The business was growing out of control and we struggled to keep up with it. The four of us were all working at least 100 hours per week for 5 years trying to manage the incredible growing pains. This business was completely self funded through scary amounts of six-figure credit card debt as well as home equity credit lines and high interest personal loans. Thanks to extremely hard work and great customers the risk paid off and BigBadToyStore made it through those difficult formative years.

We built a 12,000 square foot warehouse in 2003 and began to hire outside employees. 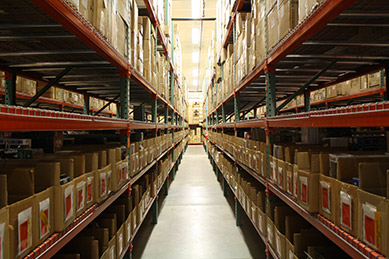 During this same period of time Dan spent around 10,000 hours programming the website that has become so familiar to so many of you. Our long time Pile of Loot site launched in October 2005 and was a huge step for BigBadToyStore. This site introduced the Pile of Loot, Collector's Grade, and an ever increasing pre-order selection. This version of our site ran from October 2005 to early 2017 and millions and millions of toys were shipped out during that time. In 2007 we doubled our warehouse to 24,000 square feet and then added on again in 2011, bringing the total square footage to 52,000 square feet. The warehouse has continued to grow in recent years, bringing us to a total of 120,000 square feet now plus additional off-site storage. The warehouse is currently stuffed full of awesome items waiting to be added to collections. 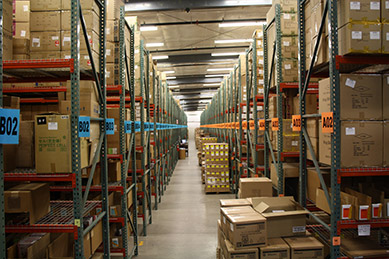 We have had so much fun over the years building this family business into the much larger organization it is today. Our father Terry retired from BBTS, but still plows snow and mows the lawn at the warehouse. Our mother Lynn still works as our General Manager and is a caring mentor to many of our employees. Dan handles operations, website development, and makes sure everything goes according to plan. Joel oversees relationships with vendors, finance, purchasing, marketing, and long term strategy. We have an amazing group of employees who help make BBTS run smoothly each day and we are thankful for them. We truly value each of you, our customers, and we thank you for trusting BBTS for your toy collecting needs. 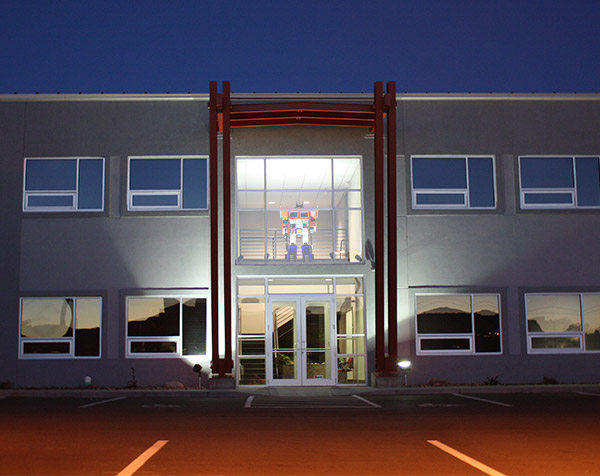 We have built this company on trust and our relationship with you, our customers. We value your opinions, we want you to like us, and we will do whatever we can to keep you happy. Thanks for reading this and enjoy the BigBadToyStore website!