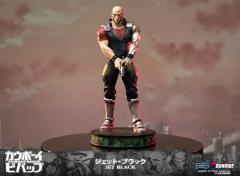 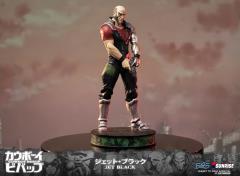 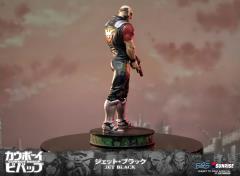 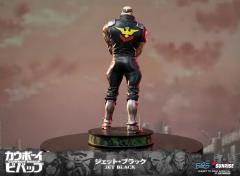 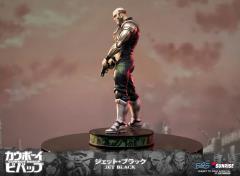 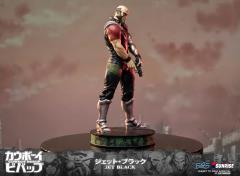 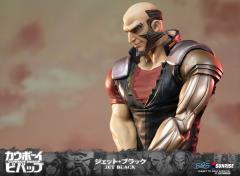 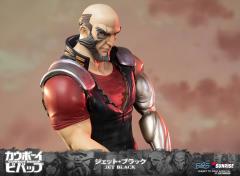 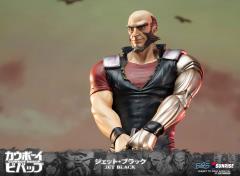 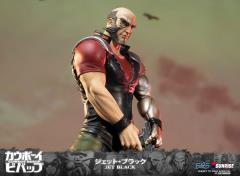 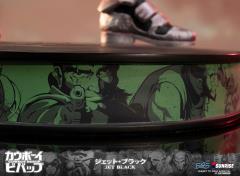 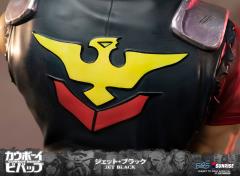 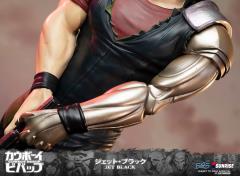 From the hit anime series Cowboy Bebop, Jet Black was a former investigator for the Intra Solar System Police (ISSP) before entering the life of a bounty hunter. Also known as Black Dog for his ferocity against criminals (as if he were a rabid dog latched onto his victims), his tenacity to hunt down culprits knows no bounds. What he lacks in combat technique he makes up for with sheer brawn, and his weapon of choice is his trusty sidearm, the Walther P99.

Things take a turn for the worse for Jet after a sequence of scarring events happen in his life. His lover, Alisa, was his inspiration to soldier on in his line of work, but without a trace abandons him and leaves behind a pocket watch and a note that simply writes, "Farewell." Stricken by grief, Jet makes a promise to desert his homeland, Ganymede, if the pocket watch ceases to tick before her return. Moreover, his partner in the force, Fad, is apparently one of the many corrupt officers influenced by the European syndicate and sets a trap to kill the Black Dog. In the end, Jet loses his left arm from a very destructive bullet, thankfully survives, and ultimately decides to have it replaced with a cybernetic limb instead of undergoing cell regeneration to have it serve as a permanent reminder of what happened that fateful evening.

Eventually, the pocket watch stops working, and overlapped with an untrustworthy ISSP decides to fulfill his promise to himself to leave Ganymede. It is then that he becomes a bounty hunter as it was highly sought after, purchased and pimped a fishing vessel, which he named the Bebop as an homage to his love for blues and jazz music, and meets the rest of the crew along his journey.