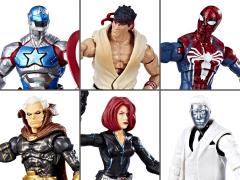 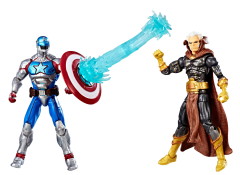 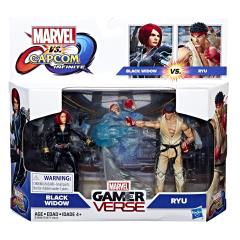 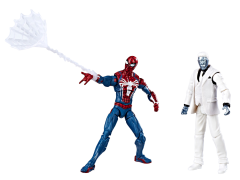 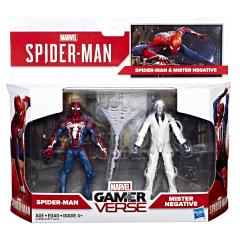 Imagine the action as these Marvel Universe heroes and villains face off with these Marvel Gamerverse two-packs.

Known as The Collector, Taneleer Tiva is a member of the Elders of the Universe whose primary pursuit is collecting and (sometimes insatiable) hoarding. He tasks players, known as Summoners, with collecting heroes and villains such as Civil Warrior, the Captain America of an alternate Earth ravaged by civil war.

Heroes and villains of the Marvel and Capcom universes collide in the Marvel vs. Capcom: Infinite.

Trained extensively in the art of combat and espionage and equipped with state-of-the-art tech, Natasha Romanova is the super spy known as Black Widow. Ryu won the Street Fighter martial arts tournament to test his skill, starting a never ending quest for self-improvement.

After learning that with great power there must also come great responsibility, Peter Parker becomes the crime-fighting super hero the Amazing Spider-Man. The web crawler takes to the streets of New York to face villains like Mister Negative, the ruthless gang leader of the Inner Demons and one of the most dangerous threats to ever sweep through the city.