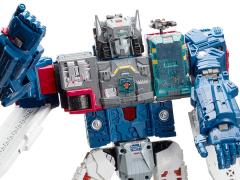 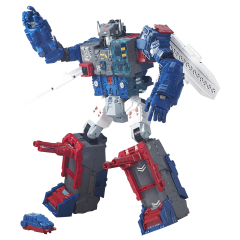 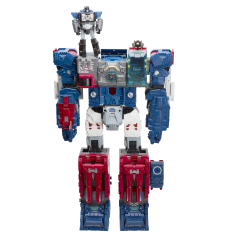 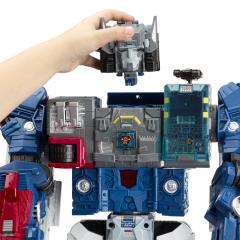 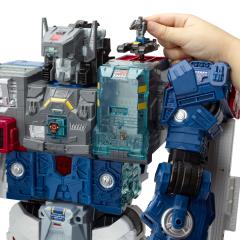 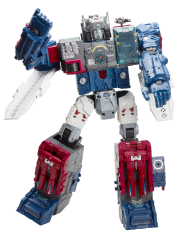 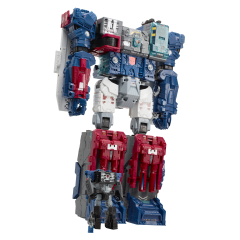 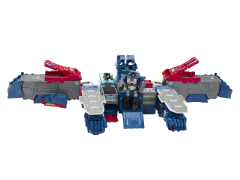 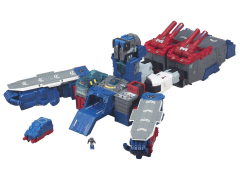 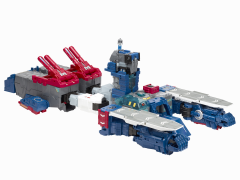 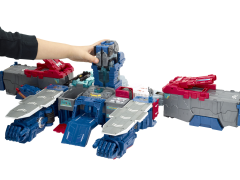 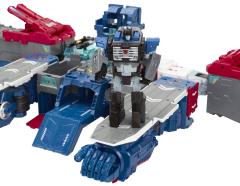 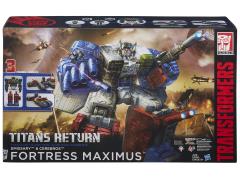 The Transformers battle explodes into uncharted territory when the Titans Return!

To control an ancient race of giant city-sized warriors called Titans, the Autobots and Decepticons must power up with Titan Masters, smaller bots that give bigger bots increased abilities. Unite and power up for battle with one of the last remaining Titans in the universe, Fortress Maximus!

When they're all connected, the Fortress Maximus Hasbro figure stands nearly 2 feet tall! It features lights and battle sounds, a character card with tech specs, a Cerebros figure, and a Titan Master Emissary figure. Cerebros converts from robot to the head of Fortress Maximus in 5 steps, while Titan Master Emissary converts from robot to head for any Deluxe, Voyager, or Leader Class Titans Return figures in 1 step.