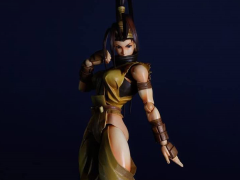 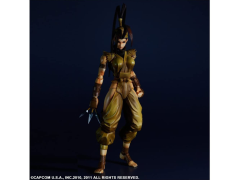 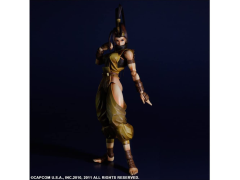 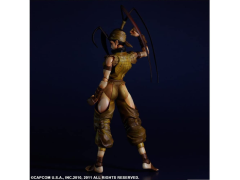 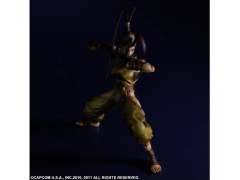 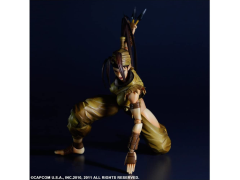 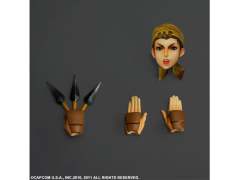 Ibuki, the high school girl born and raised as a female ninja, and Guile, the American soldier who has sworn to avenge his best friend, join the fray. Each figure comes with alternate hands, Ikumi comes with an alternate head, and Guild comes with effect parts.

Ibuki’s is clad in a stylized ninja outfit, split vertically along the hips, her mouth covered by a snug-fitting wrap. A female ninja warrior, Ibuki’s covert mission requires that she enter the World Warrior tournament and commandeer G-File documents from the unscrupulous Illuminati manifestation led by Gill, this latter temporarily taking precedence over Bison and the Shadoloo organization.

Beyond the confines of her immediate mission, however, Ibuki is a perky fun-loving teenager with no special love for her drab ninja outfit!