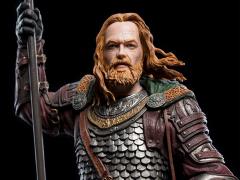 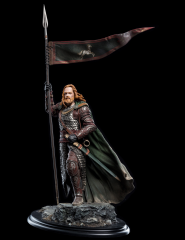 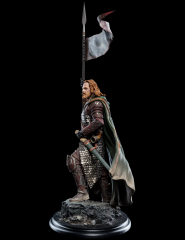 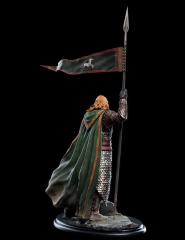 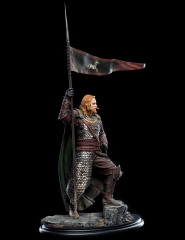 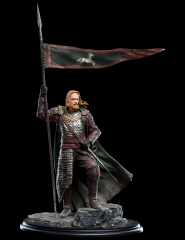 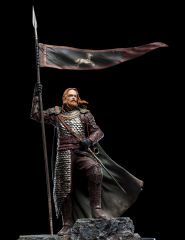 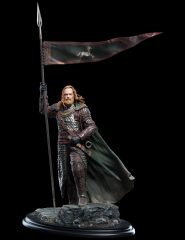 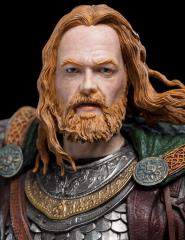 A soldier of Rohan in King Théoden’s royal guard, Gamling was sworn to protect the throne, but the loyal warrior’s allegiances were tested when Gandalf the White and his companions came to Edoras to seek audience with the king. Ailing and in the sway of Gríma Wormtongue, Théoden was not himself.

When Théoden mustered the Rohirrim to ride to the aide of Gondor, Gamling was again at his side, resolute and fighting on. Gamling’s horn sounded to herald the charge of the Rohirrim at the Battle of the Pelennor. Though fear traced its lines across his leathered features, he stood firm, never wavering. Even in the face of overwhelming doom, such as when the mighty Mûmakil charged, or despair when his lord was cut down, the son of the plains held to his duty, courage in his heart and fire in his eyes.

Gamling is brought to you by sculptor Gary Hunt, an accomplished artist who is one of Weta Workshop's longest-serving crew members, being part of the original Lord of the Rings crew.

This statue is available in a Limited Edition of just 375.