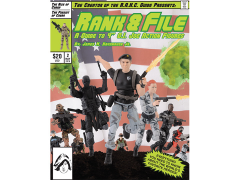 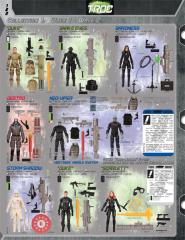 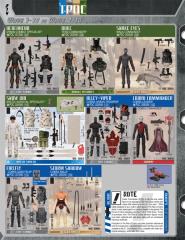 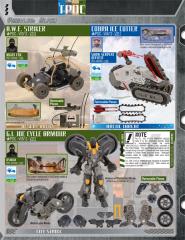 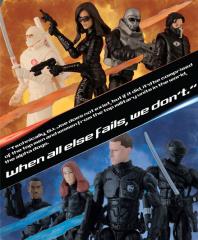 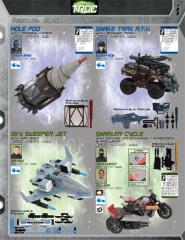 This Rank & File Volume 2.1 is an update to the second guide in a series that fully displays every G.I. Joe action figure produced between the 25th Anniversary and today, complete with every accessory and variation produced.   Volume 2.1 begins with an introduction to G.I. Joe, discussing its 1964 origins all the way up to the Real American Hero line in its first two generations, and then fully explores The Rise of Cobra and The Pursuit of Cobra 4" action figures series.  Not only are the accommodating accessories shown, they have been carefully cataloged in an upcoming volume that guarantees the proper shade of accessory belongs to the appropriate action figure.  To top it off, every vehicle and play set released in the 4" era has been documented and every easily removable piece has been individually photographed—ensuring collector completion.

This full color, fifty-two page resource manual beautifully illustrates the two series' 180 action figures, 55 vehicles, and every accessory—including all known variations.  Not only is every accessory present and accounted for, they have each been assigned a unique number and identified throughout the resource guide.  Each action figure has been carefully examined between its initial run and any further re-release to ensure that an accurate sample is clearly and concisely presented, perfect for the collector who is identifying individual action figures or sorting through unorganized lots.