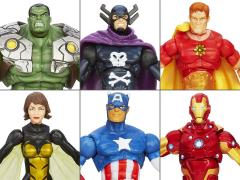 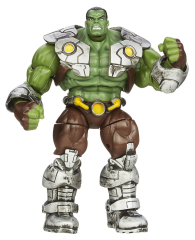 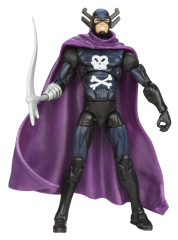 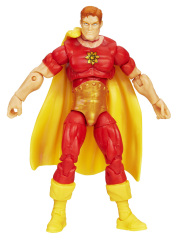 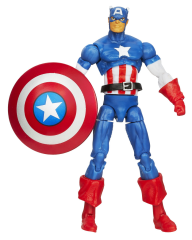 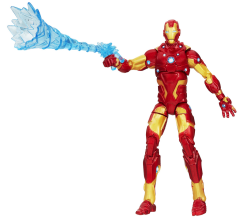 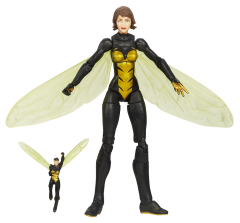 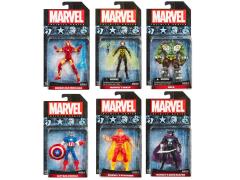 AVN MVL PLATINUM GRIM REAPER: The black-clad Grim Reaper is equipped with his trademark scythe prosthetic. Upon learning of the death of his brother Wonder Man, the Grim Reaper gains his techno-scythe appendage from the Tinkerer and becomes an adversary of the Avengers, initially gaining the upper hand against a portion of the team before being unexpectedly defeated by the Black Panther. The Grim Reaper’s scythe can be utilized as a melee weapon or a spinning saw blade, and is capable of generating electric shocks and electromagnetic blasts.

AVN MVL PLATINUM HULK: This version of the Hulk is clad in bulky, stylized armor plating. Spawned by intense gamma radiation, the Hulk is manifested from the subconscious of otherwise innocuous scientist Bruce Banner. The Hulk possesses a rage-proportionate, nearly limitless reservoir of strength, enabling him to destroy virtually any opponent while simultaneously withstanding any damage incurred. Initially the Hulk is vilified by the military, specifically by Thunderbolt Ross who dedicates his existence to capturing and/or destroying the Hulk, obliging the latter to repel army formations and pulverize military vehicles with the same heavy hand he reserves for gamma-aggrandized supervillains such as the Leader and the Abomination.

AVN MVL PLATINUM WASP: Drawing upon Pym-particles, Janet Van Dyne, the Wasp, is able to manipulate her size and mass. The Wasp’s miniature form possesses translucent insect wings, and can fly at speeds up to 40 mph. She is capable of channeling her bioelectric energy into a concussive blast.

AVN MVL HEROIC AGE IRON MAN: The Iron Man armor is constructed as a housing for the transistorized chest plate used to save the mortally wounded Tony Stark. Modified numerous times even prior to Iron Man’s association with the Avengers, the original Iron Man Armor utilizes transistor and magnetic repulsor technology which provides Stark with flight capability, heightened strength and durability, and a variety of onboard weapons. The immensely durable Neo-Classic armor resists virtually any form of damage, however the chassis itself is cumbersome.

AVN MVL CAPTAIN AMERICA: Originally deemed unfit for service, Steve Rogers volunteers for the experimental Super Soldier Serum and is reconstituted into Captain America, a master tactician and one of the most skilled physical combatants in the Marvel universe. Replacing his original badge-shaped shield, Captain America’s nearly indestructible circular shield is a freak occurrence derived from multiple attempts by metallurgist Dr. Myron MacLain to fuse Wakanda-indigenous Vibranium with an experimental alloy. During the Chitauri invasion Captain America serves as the Avengers’ field leader, coordinating with the team and drawing Chitauri ground-based attacks away from terrified civilians.

This case is to include the following: