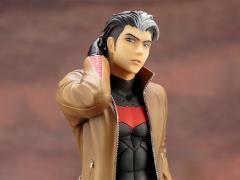 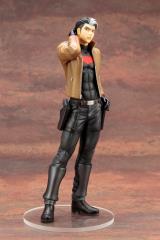 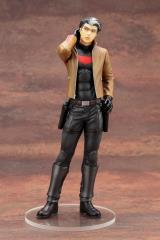 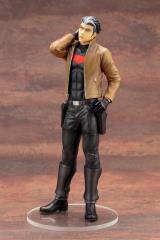 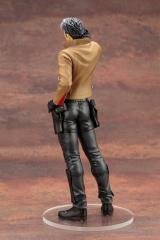 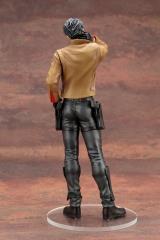 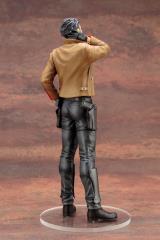 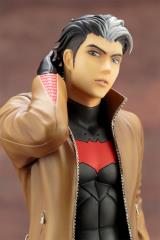 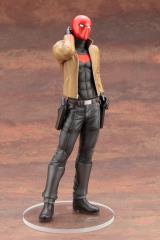 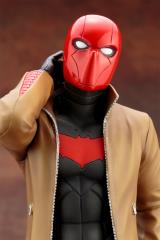 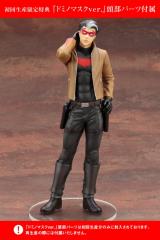 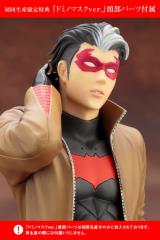 Kotobukiya is branching out into an all new statue concept with Ikmen. Similar to the popular Bishoujo series, this fantastic expansion is a lineup of popular characters re-designed by the famous Japanese illustrator Ricken in the Japanese Ikemen (“handsome men”) style. Following up after the debut Nightwing is a true bad boy in the Batman Family, Red Hood!

After Dick Grayson left Bruce Wayne’s side to branch out on his own, Batman needed a new sidekick and found the young hoodlum Jason Todd to be his replacement. Todd excelled as Robin but had a violent edge, and the boy unfortunately met his end at the hands of the Joker. Even death can’t keep a good character down, and Jason returned to life and became the anti-hero known as Red Hood, who takes his place as the second Ikemen style hunk with a special first edition with bonus part!

Jason Todd has always been a rebel, and here he stands in a defiant pose just begging you to look at him. As Red Hood he wears a super cool (and intricately sculpted) costume with black boots, reinforced black trousers, an armored black shirt decorated with a red bat logo, and a brown leather jacket with red accents and silver zippers.

Of course, he wouldn’t be in the Ikemen style unless his pose and outfit highlighted Jason’s slim but muscular physique, and as Red Hood stands with one leg extended and one hand behind his head he shows off his toned body. The dark hero comes with interchangeable heads so you can customize your display: a full Red Hood helmet, a bare head revealing an aloof expression on his face and his black hair with a white streak, and exclusive to this first edition a bonus head wearing a sleek red domino mask!