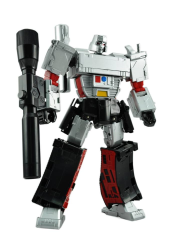 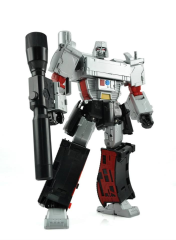 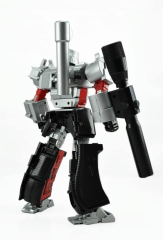 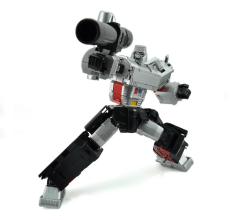 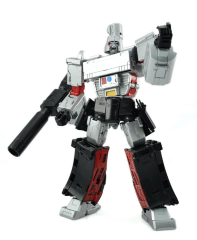 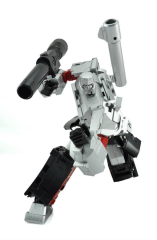 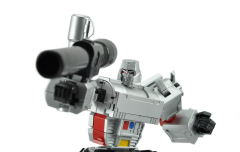 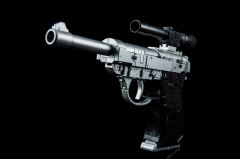 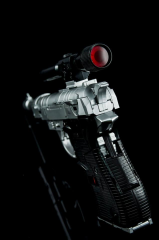 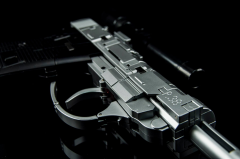 To comply with United States Toy & Imitation Gun Laws, a blaze orange safety tip will be added to the end of the gun barrel. Only the rounded tip of the plug will be visible; the shaft of the plug will be inserted into the barrel and permanently attached with adhesive. The adhesive will not be applied to the face of the barrel. Please do not attempt to remove the permanently installed barrel plug as it will damage your figure.

This modification requires that all boxes will be opened, and the contents removed for modification. Factory tape seals on the package and the clamshell will be cut and resealed; and the plastic clamshell itself may be cut to make room for the gun barrel after the orange plug is applied.

Below we have included the actual law pertaining to imitation firearms. Please remember that our solution to remain compliant with the US Toy & Imitation Gun law is the only legal way for us to be able to offer this item to our customers.

Â§ 1150.3 Approved markings
The following markings are approved by the Secretary of Commerce: (a) A blaze orange (Federal Standard 595a, February, 1987, color number 12199, issued by the General Services Administration) or orange color brighter than that specified by the federal standard color number, solid plug permanently affixed to the muzzle end of the barrel as an integral part of the entire device and recessed no more than 6 millimeters from the muzzle end of the barrel.

(b) A blaze orange (Federal Standard 595a, February, 1987, color number 12199, issued by the General Services Administration) or orange color brighter than that specified by the Federal Standard color number, marking permanently affixed to the exterior surface of the barrel, covering the circumference of the barrel from the muzzle end for a depth of at least 6 millimeters.