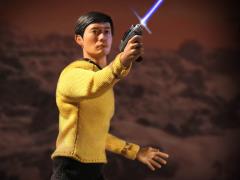 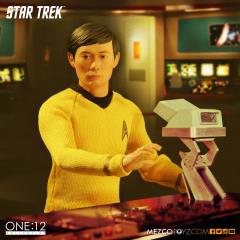 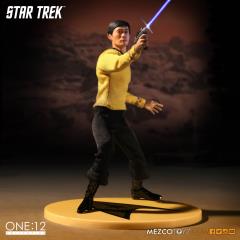 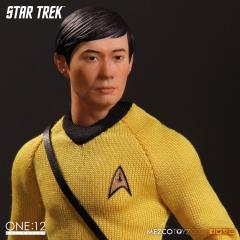 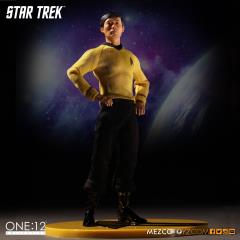 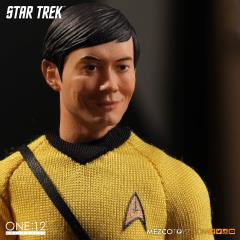 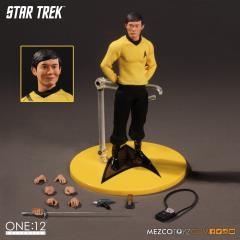 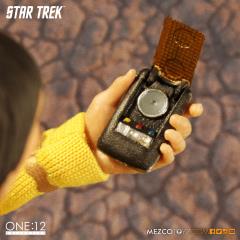 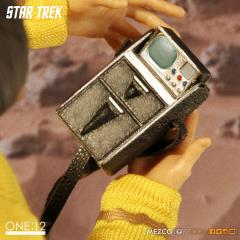 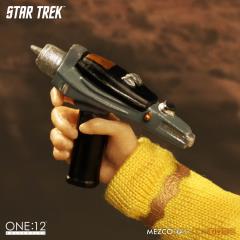 From the original Star Trek series and the bridge of USS Enterprise NCC-1701 comes Chief Helmsman, Hikaru Sulu, one of the iconic series’ most celebrated crew members. The groundbreaking character of Mr. Sulu, portrayed by the inimitable George Takei, bravely guided the starship during its original five-year mission.

Sulu was originally the department head of Astrosciences; he was also an accomplished botanist, fencer, noted expert on projectile weapons, and pilot of “antique” aircraft. He assumed command of the ship on at least four occasions, repeatedly proving himself a skilled and valuable member of the Enterprise crew. Hikaru Sulu went on to become Captain of his own vessel and was honored with a holographic portrait in Starfleet Headquarters.

Digitally modeled to craft an exceptional actor likeness and assembled on a One:12 Collective body with over 28 points of articulation, numerous accessories as well as interchangeable parts. This figure features a series accurate outfit to create an amazing collectable.

Each figure is packaged in a deluxe, fifth panel window box with translucent acetate slipcover. Designed for collector convenience, the packaging allows for both maximum protection as well as ease of removal for display.