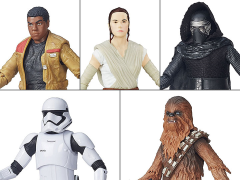 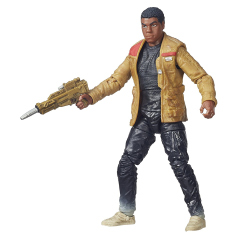 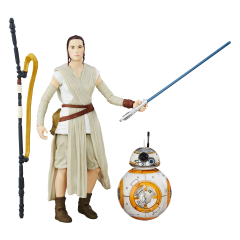 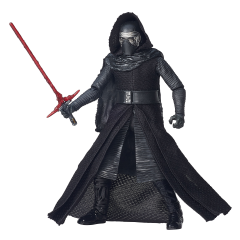 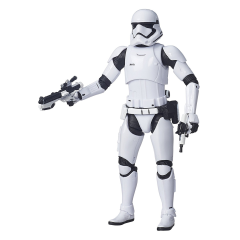 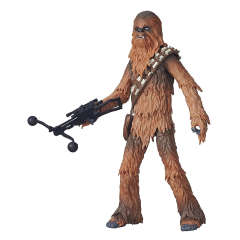 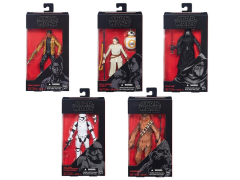 Re-create the biggest battles and missions in the Star Wars saga with these figures from The Black Series! With exquisite features and articulated movement, the figures in this series embody the quality and realism that Star Wars devotees love.

A dark warrior strong with the Force, Kylo Ren commands First Order missions with a temper as fiery as his unconventional Lightsaber. This 6-inch scale Kylo Ren figure is carefully detailed to look just like the villain from Star Wars: The Force Awakens.

Faithful first mate and co-pilot Chewbacca has loyally stood by his captain’s side through the twisting fortunes of a galaxy in turmoil. This 6-inch scale Chewbacca figure is carefully detailed to look just like the beloved Wookiee from Star Wars: The Force Awakens.

Equipped with sleek armor and powerful weapons, the Stormtroopers enforce the will of the First Order. This 6-inch scale First Order Stormtrooper figure is carefully detailed to look just like the troopers from Star Wars: The Force Awakens.

A trained warrior desperate to escape his past, Finn is plunged into adventure as his conscience drives him down a heroic, but dangerous, path. This 6-inch-scale Finn (Jakku) figure is carefully detailed to look just like the heroic character from Star Wars: The Force Awakens.

Rey is a resilient survivor, a scavenger toughened by a lifetime of dealing with the cutthroats of the harsh desert world of Jakku. BB-8 is the spherical, loyal Astromech Droid of the Resistance pilot Poe Dameron. This 6-inch scale figure set of Rey (Jakku) and BB-8 is carefully detailed to look just like the heroic characters from Star Wars: The Force Awakens.

These figures are crafted to display true-to-story detail and come with an accurately decorated accessory. Act out favorite battles or create brand new ones! No collection -- or adventure -- is complete without these figures. Build up an epic collection with all the figures and vehicles from The Black Series.