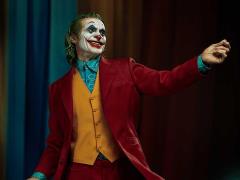 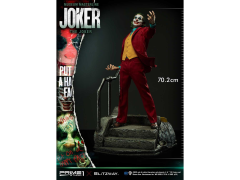 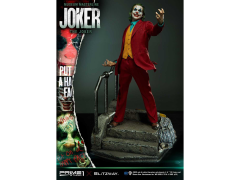 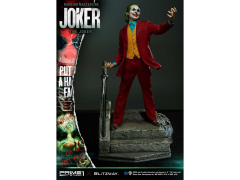 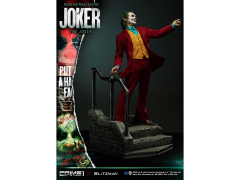 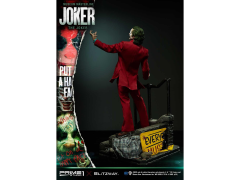 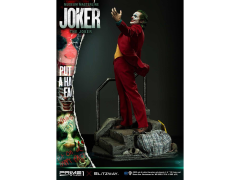 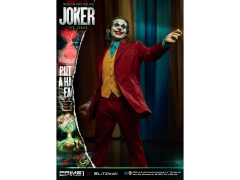 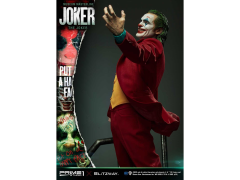 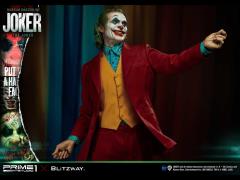 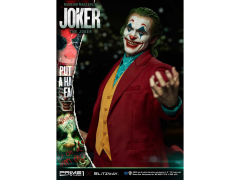 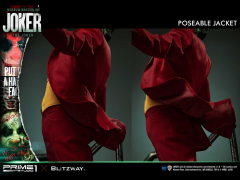 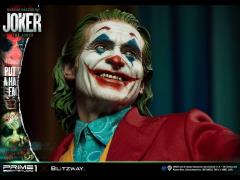 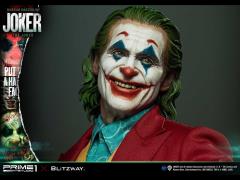 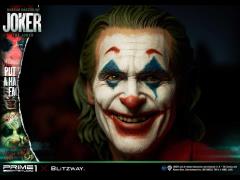 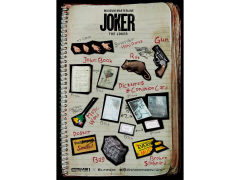 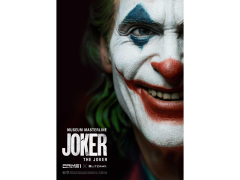 The most realistic version of the classic DC villain The Joker returns to the Museum Masterline statue series in 1/3 scale from the artisians at Prime 1 Studios and Blitzway.

The 2019 psychological thriller film depicts the breakdown of Arthur Fleck, a man forced to smile and endure a ridiculously painful life as he falls into the depths of darkness, liberates his inner violence and madness, and slowly turns into The Joker.

Celebrating 80 years of the Clown Prince of Crime, Blitzway and Prime 1 Studio announce their second collaboration: The Joker 1:3 Scale statue—based on the 2019 film starring Joaquin Phoenix. Working together to create the best Joker of all time, both groups have successfully managed to sculpt this huge masterpiece through close cooperation and developmental exchanges throughout the entire production process—from concept design, production, shooting, and the announcement of the project.

Starting from the very small details, Prime 1 and Blitzway poured all of their efforts into recreating the appearance of Joker, including the vivid facial expressions, costumes that have been realistically scaled down, a diorama base that has been designed from the iconic scenes of the movie, and main props that can connect the fragments of the movie that exists in the memories of the fans.

Under the perfect direction of Blitzway and Prime 1 Studio, the skills and aesthetics of Blitzway’s world-class specialists were combined to create the ultimate, beautiful piece of art.